Aggressive Defense for the Criminally Accused in Sacramento, CA

Getting caught up in the criminal justice system in California is frightening and dangerous; a conviction can lead to heavy punishments, including jail or prison time. If you are accused of a crime, it is crucial that you act at once and contact Michael Wise and the Wise Law Group, PC. Sacramento criminal lawyer Michael Wise is a former district attorney with a deep insight into the justice system and understanding of how to navigate and negotiate on behalf of his clients. The outcome of criminal charges can be significantly affected by the quality of the lawyer defending you. Attorney Michael Wise has represented clients in well over 100 jury trials and is a former police academy instructor and is frequently invited to speak at Advanced Officer Training programs to teach officers on the ethics of courtroom presentation. No matter which exact charges you may be facing, the firm has the experience that is crucial if you are hoping to protect your life, your reputation, and your freedom.

Criminal charges must be taken seriously. A criminal conviction can carry harsh penalties. All crimes must be established beyond a reasonable doubt, but by the time that you are charged, there may be a significant amount of evidence gathered to support your guilt. Therefore, it is critical to retain an attorney who understands how prosecutors think, and who has the trial experience to mount a strong defense. Without trial experience and skill, an attorney may fail to persuade the jury or judge to acquit you. Additionally, it is imperative that you retain an attorney respected by the Courts and The District Attorney.

Sacramento criminal attorney Michael Wise frequently handles cases involving drunk driving. If you are over the age of 21, you may be charged with a DUI if your blood alcohol content (BAC) was over .08%, or if you were impaired by drugs or alcohol while driving. People convicted of a DUI may face harsh penalties, including incarceration for up to six months, fines up to $1,000, the suspension of driving privileges, a requirement to participate in a first offender program, and a requirement to install an Ignition Interlock Device (IID). The consequences are more serious if you also hurt somebody while driving under the influence, or if you have prior convictions. If you are charged with a DUI, it may be possible to negotiate a plea of nolo contendere for reckless driving, or what is known as a wet reckless conviction, which has lower penalties. Additionally, it is often possible to negotiate for no actual jail time or alternative time at home on an ankle monitor as well as reduced fees and fines or a lesser punishment on DUI crimes. Michael Wise handles these matters commonly and is well known by the local DUI Courts and staff.

Domestic violence is a crime involving violent, abusive, or threatening behavior by one family or household member against another. When law enforcement arrives on the scene of a domestic dispute involving violence, they need to determine who is the primary aggressor and arrest that person. There are situations in which the victim is arrested, or multiple people are arrested. It is vital to retain an experienced attorney if you have been charged with domestic violence. If you are convicted of domestic violence, you can face mandatory minimum jail time, a requirement that you participate in a domestic violence class, restitution, fines, restraining orders, loss of custody rights, and loss of gun rights. Frequently, domestic violence cases benefit from an aggressive attorney like Michael Wise who can have witnesses interviewed, forensic data retrieved from phones and other helpful information presented to the District Attorney or the Court to better explain the complex relationship that might not be otherwise obvious to the Court and try to get the case dismissed or reduced. Michael Wise previously served as a domestic violence prosecutor and knows how to negotiate those cases to the benefit of his clients.

Violent crimes are very serious crimes that are committed with the intent to harm another person, and they often result in injuries. These crimes include assault, battery, homicide, aggravated weapons crimes, and certain sex offenses. Violent crimes are often charged and punished as felonies, which means that you may face incarceration if you are convicted. What the prosecutor must show to secure a conviction depends on the specific charge. To prove assault, for example, a prosecutor needs to prove an unlawful attempt, along with a present ability, to perpetrate a violent injury on someone else. A Sacramento criminal lawyer may be able to present a self-defense argument in many cases involving violent crimes. Defense attorney Michael Wise has handled thousands of violent crimes as both a prosecutor and a defense attorney. Michael Wise understands how to present and negotiate violent crime cases to get charges dismissed or reduced.

If you are charged with a sex crime, you face a possibility of incarceration, as well as the requirement that you register as a sex offender after being released. California Penal Code 290, which is also known as Megan’s Law, requires anybody convicted of certain sex crimes to register as a sex offender. Sex offenders must renew their registration each year within five days of a birthday, or upon moving elsewhere. The purpose of registration is to allow law enforcement officers to stay up to date on where you are, and for neighbors to know of any sex offenders in their neighborhood. Sex crimes include indecent exposure, prostitution, child pornography, lewd acts with a child, sexual battery, and rape.

White collar crimes are crimes motivated by financial gain, and they are typically non-violent. We have handled many white-collar charges, including bribery, cybercrime, embezzlement, fraud, forgery, infringement, identity theft, insider trading, health care fraud, workers’ compensation fraud, mortgage fraud, and money laundering. For example, under California Penal Code 503, embezzlement occurs when someone takes money or property entrusted to him or her. White collar crimes can be charged as misdemeanors or felonies, with felonies being punishable by incarceration in state prison for at least a year. There is an aggravated white collar crime enhancement in which two to five years can be added to your prison sentence if you are convicted of a serious white collar crime, such as fraud, and you also have two prior white collar convictions.

Michael Wise teaches classes as part of a Concealed Weapon Training Program. Michael Wise is well known as a firearms and Second Amendment Attorney. Mr. Wise has intimate knowledge of law surrounding firearms and firearms themselves. If you are caught with a firearm and charged with a crime, contact a firearm attorney. You should promptly contact a criminal lawyer in Sacramento if you have been charged with a crime in connection with activities involving deadly weapons, including the possession and use of firearms. Weapons charges include concealed weapons charges, illegal possession of a firearm, illegal sale of a firearm, use of a weapon in the commission of a crime, assault with a deadly weapon, and possession of a firearm by a convicted felon. The penalties in these cases may be harsh. The Bureau of Alcohol, Tobacco, Firearms, and Explosives (ATF) is the federal organization that monitors and tracks illegal weapons. The ATF lets state and local officials know about federal prosecution if you are facing weapons charges.

Criminal street gangs include any ongoing organization, association, or group of at least three people who actively participate in perpetrating two or more of 33 crimes specified by statute. Under California Penal Code 186.22, also known as the California Street Terrorism Enforcement and Prevention Act, specific criminal penalties are imposed if someone is convicted of perpetrating crimes in association with gangs. The prosecutor will need to show that you actively participated in a gang, and you knew that the gang members regularly engaged in criminal gang activity, yet you willfully assisted, furthered, or promoted their felonious actions. If you are convicted, you can be punished by imprisonment in county jail for a period of not more than a year or in state prison for up to three years. Before becoming a criminal attorney in the Sacramento area, Mr. Wise previously served as a gang prosecutor, and he understands the culture of street gangs.

Expungements Certificates of Rehabilitation and Pardons

Criminal records are easily obtained over the Internet. If you were convicted of a misdemeanor or felony, you may face negative consequences for your personal and professional life. Under certain circumstances, the California Penal Code allows you to seek and obtain expungement of your criminal record. Expungement allows you to lawfully answer no if you are asked on job applications whether you have been convicted. Generally, to be eligible for expungement, you must have completed probation successfully or received early release, you must have paid fines that were ordered, and you must not be charged with a crime or in the midst of serving your sentence. Possible alternatives to expungement include a certificate of rehabilitation or a pardon.

Defense Attorney Michael Wise frequently helps people who are seeking to put their past behind them. We frequently handle motions to terminate probation, seek expungements and even pursue Certificates of Rehabilitation and Pardons. There is no better way to get a fresh start then dismissing and expunging former cases, being recognized for rehabilitating your life and securing a Pardon. Let Michael Wise and his staff help you mov forward by putting your past behind you.

Sometimes mistakes occur during a criminal trial that result in a wrongful conviction. You are entitled to appeal a lower court’s decision and judgment if you were convicted and believe that it was wrongful. An appeal is not a new trial. Instead, the appellate court will review the proceedings and rulings of the lower court to determine whether there were any legal errors that substantively affected your rights. Generally, appeals are only taken after a final judgment. If you wish to appeal a conviction, Mr. Wise can look at whether legal errors were made at the trial level and represent you in an appeal.

Our firm gets many referrals from officers and staff in the courts who see hundreds of attorneys practice criminal law, and refer their family members after observing Mr. Wise's practice in the courthouse. It is advised that you contact his firm at once if you are facing criminal charges. Choose a law firm that has the experience and results necessary in these serious cases. We represent people throughout Sacramento, El Dorado, Placer, Alameda, Contra Costa, Napa, Lake, and Nevada Counties. Call us at 916.498.9473 or contact us via our online form. 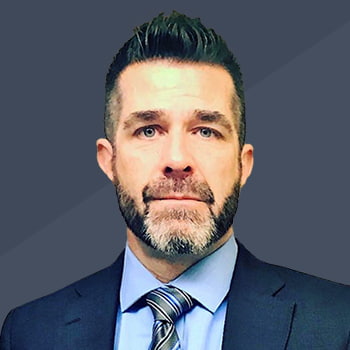 Attorney Michael Wise is a criminal defense lawyer serving clients in Sacramento and throughout Northern California. He attended California State University in Sacramento where he earned his Bachelor of Arts. From there, he went on to attend the McGeorge School of Law, University of the Pacific, where he received his Juris Doctor degree. He is now admitted to practice law in California and is a member of the American Bar Association and the Sacramento County Bar Association.

VIEW MORE
Client Reviews
★★★★★
"I’m a proud client of Wise Law Group, Good people very helpful." Gettem B.
★★★★★
"Thank you Mr. Wise for taking my case. When the jury read the words 'Not Guilty,' I was given the chance to get my life back." Anonymous
★★★★★
"My name is J.M. and as a police officer, I was shocked and appalled when I was falsely charged with crimes I did not commit. Mike Wise got the case thrown out of court and even got the judge to declare me factually innocent. Cops know who the good attorneys are..." Anonymous
View More
Submit a Law Firm Client Review
Contact Us